In September 2010, The Open Academy in Norwich moved into a new landmark building designed to be a vibrant, attractive and stimulating learning environment. Hochiki Europe's innovative fire detection products have been specified throughout the building, making the most of their unique features and advanced technology.

In September 2010, The Open Academy in Norwich moved into a new landmark building designed to be a vibrant, attractive and stimulating learning environment. Hochiki Europe's innovative fire detection products have been specified throughout the building, making the most of their unique features and advanced technology.

Out with the old
Formerly known as Heartsease High School, the current school structure was built in the 1960s and is a far cry from the modern, eye catching design of the new building. Sheppard Robson won a competition to design the new £20m, 9,000m2 Open Academy building, which is the first of its kind in Norfolk. Norfolk County Council is responsible for overseeing the design and build of the Academy, and chose Kier Education as the preferred building developer and Kier Eastern as the building contractor. The design draws upon the aeronautical history of the site as well as the engineering and environmental specialist status of the Academy, by conceiving the building as a series of mechanical components. The building's timber frame will save 3,000 tonnes of carbon dioxide, compared to traditional concrete or steel structures, and for every three trees used in the building, four will be planted. The curved plan of the main building was considered as a series of concentric bands. The outer perimeter houses the main teaching and learning accommodation to maximise the potential for natural daylight, views and ventilation; while the inner band provides the main circulation route, stacked as a series of open balconies that wrap around the central Open Forum.

Tender
Norfolk based fire detection installation specialist, T&P Fire, was invited to tender for, and was subsequently awarded, the contract to install the Open Academy's fire detection system by the project's M&E contractor, Dodd Group. The tender required the installation of a BS5389 compliant category L1 addressable fire detection system. An L1 system is designed for the protection of life and deploys automatic detectors throughout all areas of the building – including roof spaces and voids – with the aim of providing the earliest possible warning. Eddie Bean is T&P Fire's technical manager and comments, ‘Once we had planned and designed the installation we had no hesitation in suggesting the use of Hochiki's products in the Open Academy, due to their extensive range, proven reliability and excellent support service. We knew that Hochiki would act as a one-stop-shop for all of our fire detection product requirements.'

Using open protocol products was a key consideration for T&P Fire. Eddie says, ‘We prefer to install open protocol systems and for the Academy it offers the advantage of being able to choose who it wants to work with in the future based on the service offered, rather than what it already has installed. As a company, T&P Fire has always felt that open protocol is the best option for our customers.'

Many and varied
In total, the Open Academy is now home to 483 separate Hochiki devices and the addressable system uses an eight loop control panel at its centre.

A wide range of other Hochiki equipment was required, including photoelectric smoke sensors which reduce the likelihood of false alarms, multi-sensors in the science and food technology laboratories, analogue base sounders, multi-heat sensors, loop powered sounders and call points.

The tender also specified that the fire alarm sounders should incorporate a class change sound. Hochiki Europe's system is unique in that it has a programmable option which facilitates this and allows the use of a different audible tone from that of the fire alarm.

Eddie says, ‘The class change tone facility is a great example of how Hochiki has put a useful and relevant feature into its product. It is this type of flexible thinking that makes Hochiki such a popular choice amongst fire detection system installers and their customers.'

Installation
The design for the Academy includes the implementation of a cross laminated timber system as its structural core, reducing the building's carbon footprint. The timber comes from managed forests, creates minimal waste and is fabricated to high tolerances.

This unique structure meant that T&P Fire had to approach the installation of the fire detection system in accordance with specific guidelines. Eddie comments, ‘The Open Academy is oval shaped with a central area. Sheppard Robson made it clear that cables should not run across this area but should emanate from the centre and spread outwards. The cable has to follow the route of the sprinkler pipes in order to keep it neat and unobtrusive. While this did mean the use of more cable it makes the installation aesthetically pleasing.'

The building contains many voids and false ceilings, which allow much of the wiring infrastructure to hidden, but also requires a greater number of detectors to be installed above them in order to comply with BS5389.

Start of Term
As a former pupil of Heartsease High School, Eddie is particularly pleased to have played a role in the construction. He summarises, ‘It has been a fantastic project to work on and I'm very pleased to have been able to install a state-of-the-art fire detection system in such a building. I'm sure that Hochiki's products will serve the Academy well for many years to come.' 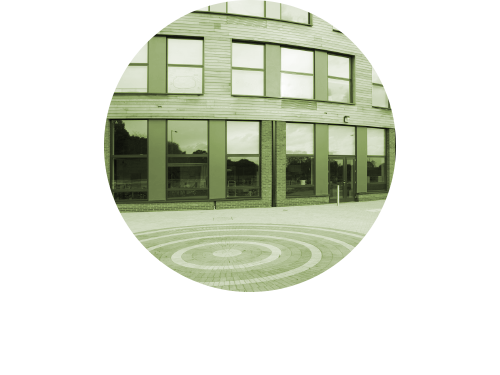