Located in Middlesbrough on the south bank of the River Tees, Teesside University has become one of the UK's foremost seats of learning. It achieves consistently high rankings in surveys that assess the quality of education on offer, and in 2009 it was named as the Times Higher Education (THE) Awards University of the Year.

Located in Middlesbrough on the south bank of the River Tees, Teesside University has become one of the UK's foremost seats of learning. It achieves consistently high rankings in surveys that assess the quality of education on offer, and in 2009 it was named as the Times Higher Education (THE) Awards University of the Year.

The formation of a technical college to support Middlesbrough's engineering, bridge and shipbuilding industries was first discussed in 1914 but World War One and the need to raise enough money for the work delayed developments until local shipping magnate, Joseph Constantine, offered a contribution of £80,000. Work on the campus finally started in 1927 and Constantine College, as it was named, was officially opened by the future King Edward VIII on 2nd July 1930. The College then became Teesside Polytechnic in 1969, and in 1992 the Privy Council gave approval to 14 higher education institutions, including Teesside, to become new universities.

Currently home to over 28,000 students, Teesside University has become renowned for the quality of its facilities and it has made a £120m investment to provide a top-class learning environment. Recent developments include The Athena – a 4,000m2 of studio space for computing, design and media students – and The Phoenix, which is home to the Institute of Digital Innovation.

Middlesbrough Tower is the University campus's most imposing structure. 11 stories high, it houses the main reception area and administrative facilities, as well as teaching areas including newly equipped labs to support forensic and analytical sciences, environmental sciences and food technology.

One of the oldest buildings on the site is currently undergoing a phased refurbishment, the first phase of which has now been completed. The building's previous emergency lighting system had been in place since the late 1960s and for the University's Electrical Services Manager, David Newton, it was time to upgrade this important part of Middlesbrough Tower's life safety infrastructure.

David says: “The central battery system which had been installed in the basement area had become expensive to run and maintain, and it took up quite a lot of space because it was backed up with a series of uninterruptible power supplies (UPSs). Also, the 80W luminaires that the old system used needed to be changed frequently and this took a lot of time as well as being costly. Therefore, in line with the University's energy reduction targets, I wanted to install a system that would reduce overheads, whilst utilising the latest technology.”

David was introduced to Hochiki Europe's new emergency lighting solution by its installation partner, TFS Fire Safety Services Ltd, based in Middlesbrough, and he quickly realised that it would meet all of his selection criteria.

Manufactured in the UK, it is an EN50172 compliant intelligent low voltage system which utilises light emitting diode (LED) technology. It comprises an addressable emergency lighting control panel with battery back-up, and features addressable, self-contained LED luminaires and signage connected via low voltage (40V) cabling. The luminaires are also equipped with battery back-up, making sure they will function in every situation, while the units fit directly onto a standard Hochiki sensor base (YBN-R/3), making installation simple.

Mark Smith, Hochiki Europe's UK Sales Manager, takes up the story and comments: “When I visited David, as well as talking to him about the features and benefits of the system, I was also able to give him an accurate idea of the cost savings he could expect to make by installing this unique emergency lighting solution.”

Hochiki recently carried out a comparison of its emergency lighting system with a traditional manual test system and identified all the costs associated with each offering on a 1,000 luminaire system used over a 10 year period. Mark adds: “It factored in maintenance labour, battery replacement, testing labour, recycling costs, energy use and initial capital outlay. We found that over this period of time using our emergency lighting system the end user could, extremely importantly in the current climate, save a massive amount of money and, just as essentially, make a significant CO2 reduction.”

120 LED luminaires were installed during phase one and these were linked to an addressable controller using existing cabling. With maintenance being a major problem with the old system, Teesside University's on-site team is now able to comply with EN50172 legislation and maintain the new system without having to call in specialist installers.

David explains: “In contrast to other systems, this system is programmable and its control panel continuously monitors and tests the functionality of the system. If there is ever a problem I can be notified straight away. It can also be pre-programmed to carry out specific monthly, six monthly and annual tests and we can then download the results from the control panel and print out the servicing and test schedules. This makes the system fully compliant with the requirements of BS5266-1:2005, while reducing our overheads considerably.”

The system's long life LED technology also means that it requires less than five per cent of the lamp changes compared with traditional fluorescent lighting. If a luminaire does need replacing, in house personnel can carry out the operation as it operates via low voltage (40V) cabling and is a simple “plug-in” device, reducing costs even further.

This is one of the first installations of Hochiki's new emergency lighting offering and David is extremely impressed with it. He concludes: “Because Hochiki has so much experience in fire detection system design and manufacture, their emergency lighting solution has been designed along similar lines, which makes it incredibly functional. I didn't feel like I was taking any risk being one of the first to install it as it is really well thought out and I'm looking forward to installing the system in the remaining phases of the project.” 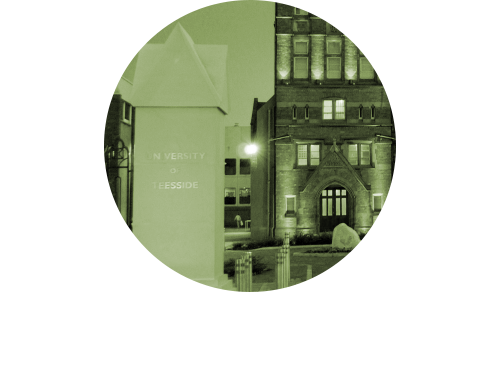