Kenneth More was one of the most famous actors of the 1950s and epitomised the ‘stiff upper lip' British conviviality that we often associate with that era. A contemporary of John Mills, Trevor Howard and Jack Hawkins, at the height of his fame he was nation's most popular film star and took leading roles in a string of box office hits including Doctor in the House, Reach for the Sky, Genevieve, and A Night to Remember.

Kenneth More was one of the most famous actors of the 1950s and epitomised the ‘stiff upper lip' British conviviality that we often associate with that era. A contemporary of John Mills, Trevor Howard and Jack Hawkins, at the height of his fame he was nation's most popular film star and took leading roles in a string of box office hits including Doctor in the House, Reach for the Sky, Genevieve, and A Night to Remember.

Prior to his death in 1982 at the age of 67, he was one of the very few performers to have a theatre named after him, after Ilford opened The Kenneth More Theatre at the end of 1974. He made various appearances there, and over the years many other famous stars of stage and screen have also trodden its boards. Today, it hosts a variety of musicals, plays, concerts and pantomimes, and is a focal point of the local community.

Ensuring the safety of visitors is a top priority for the London Borough of Redbridge, which owns and maintains the building. The Kenneth More Theatre's technical manager, Rob Mitchell-Gears, explains, ‘With 358 seats and additional wheelchair spaces, we need to ensure that we have systems in place that enable us to react appropriately in the event of a fire. In such circumstances a fast, effective and controlled evacuation is vital, which is why we rely on an emergency lighting system.'

Having been originally installed in the 1980s, The Kenneth More Theatre's emergency lighting system was nearing the end of its life and Rob recognised that a new one was needed. After liaising with the London Borough of Redbridge, its long-standing life safety partner, Tann Synchronome, was asked to make its recommendations. Based in Monmouthshire, close to the Severn Bridge, the Tann Synchronome has a history dating back to the 1800s and currently has a large customer base across the UK, including a wide variety of public sector and blue chip clients.

‘We were called in by the London Borough of Redbridge who had carried out an audit of the existing infrastructure,' comments Tann Synchronome's managing director, Will Jones. ‘Like many installations of the 1980s, the emergency lighting system relied on a central battery system, which was becoming increasingly unreliable and needed replacing due to its age. What's more, some of the luminaires were not as bright as those that are available today and we felt that a new system could improve this considerably.'

Having assessed what was required it didn't take Will long to decide that Hochiki Europe's FIREscape emergency lighting solution would tick all the boxes. He states, ‘I've been working with Hochiki Europe continuously for the last 13 years and I've never failed to be impressed with the quality, flexibility, reliability, ease-of-use and design excellence of its products. If there's a better light emitting diode (LED) based emergency lighting system on the market I haven't seen it.'

FIREscape is an EN50172 compliant intelligent low voltage system that comprises an addressable emergency lighting control panel with battery back-up, and features addressable, self-contained LED luminaires and signage connected via low voltage (40V) cabling. The luminaires and signage are also equipped with battery back-up, so that they will function in every situation, while the units fit directly onto a standard Hochiki Europe sensor base, making installation simple.

Hochiki Europe's marketing manager, Paul Adams, adds, ‘It is self-programmable and its control panel continuously monitors and tests the functionality of the system. It can also be pre-programmed to carry out specific monthly, six monthly and annual tests and the results can then be download from the control panel, alongside servicing and test schedules. This makes the system fully compliant with the requirements of BS 5266.'

Although the wiring also needed replacing, the team from Tann Synchronome was able to use the existing containment and wiring architecture. ‘The old cable was removed and the new cable was simply fed through the existing tubes, saving both money and time. It also meant that day-to-day activities could continue as normal something that was clearly appreciated by Rob Mitchell-Gears who said: ‘Due to the urgency of replacing the system, work was carried out whilst the building was in use with minimal disruption to us, which I was very impressed by'.

As with most entertainment venues, lighting must not detract attention from the performance and the installed FIREscape system has been configured with three modes. The first is an emergency mode, where lights are operated at maximum illumination if there is a power failure. Normal or maintained mode means that it can be used as part of the permanent lighting of the building in five different levels of illumination, to enhance the general ambiance of various areas of the building. Finally, in show mode specific lights are used at a lower level of illumination.

Due to its LED technology, the FIREscape system will also cut battery replacement costs, testing labour, recycling costs and general energy use. LED also has a long life and requires only one per cent of the bulb changes required with traditional lighting. If a luminaire does need replacing, in house personnel can carry out the operation due to extra low voltage at the device, cutting maintenance costs.

Tann Synchronome is currently carrying out a second phase of the project and adding additional luminaires to the system. The final word goes to Rob Mitchell-Gears, who concludes, ‘I'm incredibly impressed that FIREscape was able to address all of our needs and provide The Kenneth More Theatre with an emergency lighting solution that significantly enhances the safety of theatregoers and employees alike.' 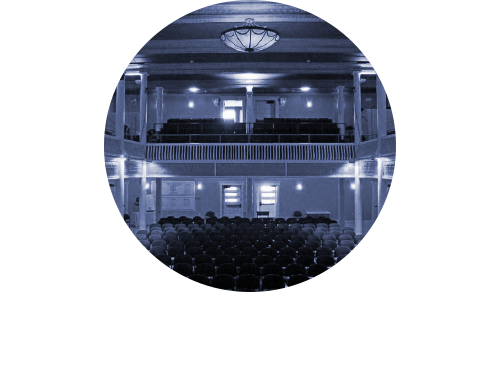