Famed for its luxury shopping and extraordinary architecture, the city of Dubai in the United Arab Emirates is home to over 3.3 million people, and the world's longest driverless single metro line - the Dubai metro.

Dafoos Fire and Security were commissioned to run the fire detection installation project on the entirety of the Dubai Metro. Trusted as a market leader in the Fire Protection Industry in the United Arab Emirates, Dafoos specialises in providing end-to-end design, erection and commissioning and maintenance of both active and passive Fire Protection Systems, and partners with some of the best OEMs in the world, including Hochiki.

With tens of thousands of passengers using the network daily and the system itself operating in a hot and sandy environment, any false alarm could potentially cause mass disruption and cost the operator financially, especially during peak service times.

The company's Marketing Director, Vijay Chandran said about the project:

“it was especially important as part of the life safety system design process to negate false alarms. Hochiki fire detection devices were chosen as they have a reputation for being the best in the market for their quality and their reliability when it comes to false alarm reduction. Our selection of Hochiki was confidently backed by the operators RTA and Serco”

The Hochiki sensors were to be installed inside the metro and tram coaches. This is considered an extremely sensitive area with thousands of people transiting at a time, thus posing a higher chance of triggering false alarms. Any fire alarm trigger was programmed to send a command to the central station, and this would halt the operations within the entire network until the problem is rectified.

The Hochiki technical team also worked closely with the Dafoos team to negate the challenge of frequent dust build up in the chambers. It was advised that periodic maintenance of the sensors was moved from every 6 months to every two instead, which is customary practice for commercial buildings in the region.

“Hochiki Smoke Sensors have been installed across the entire Dubai Metro and tram coaches; they have been functioning with minimal issues for the last three years. Periodic maintenance has been conducted in conjunction with Hochiki’s technical team recommendation. Our team would not hesitate to recommend Hochiki life safety systems and products to be used in other projects within the transport industry”. 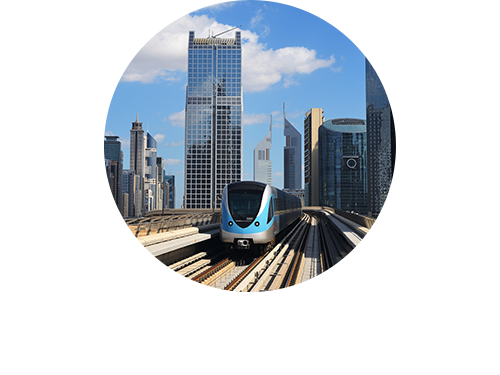