Set in 10 acres of breath-taking headland, steeped in magical history, with sensational views of the North Cornish coast, sits one of Cornwall's best-kept secrets, The Atlantic Hotel. The hotel is located just a short stroll to the centre of Newquay, and minutes from some of the UK’s finest surf beaches, including the world-famous surf mecca Fistral Beach. This AA four-star hotel was once home to the world's biggest band The Beatles whilst they filmed their now-iconic movie The Magical Mystery Tour in 1967.

Opening 125 years ago The Atlantic Hotel has retained many of its original features such as the glamourous marbled entrance to its historic sweeping staircase and chandeliers. Another original feature is that the original building is built of granite, meaning traditional fire cable installation would be almost impossible. Luckily for the hotel, life safety installers Action Fire Southwest had a magic trick up their sleeve, Hochiki’s hybrid wireless range of devices - Ekho, to ensure this iconic building was safe for its staff and guests.

“This project was a big one, we had close to 200 devices to install, and with the size of the building and the fact that the hotel was made of granite meant that cabling was going to be tricky so we knew we needed to use wireless devices. Wireless is quicker to install minimising the impact on the hotel, we knew that Hochiki’s Ekho devices were the best for the job because they are incredibly quick and easy to install.”

With over 100,000 people visiting Newquay during the summer months, getting this installation completed on time was crucial for the hotel to not miss its peak trading season. The project was scheduled to start in February and was completed in just a few short weeks.

Hochiki Systems Sales Manager, Martin Green consulted on this project and visited the hotel alongside the team at Action Fire Southwest to carry out detailed surveys.

“The last two years have been incredibly hard for the hotel industry, so I wanted to make sure for the end client we got this job done efficiently with minimal impact on their business and guests. After the initial site visit and carrying out the project survey we knew our wireless Ekho devices would be the perfect solution. They were each fitted in minutes within the individual hotel spaces and bedrooms with no on-site programming required, as this had been carried out way in advance off-site. So, it really was as simple as getting the device out of its box, attaching it in place and the system was good to go”.

“There were a few hotel guests during the install, but we were able to work around them and get the job done quickly – this was one of the main concerns for the hotel, that those guests were not to be disrupted and there was to be zero impact on peak trading. Working with Hochiki devices meant we were able to achieve this”.

With so many diﬀerent types of audible devices, it can be confusing to the occupants when an alarm sound – especially for hotel guests who might be fast asleep in their rooms. Is it a real ﬁre alarm or a false alarm? To counter these conﬂicting responses, voice sounders are now an established and eﬀective solution. Research has shown that voice alarm messages result in quicker reaction times than when sirens or bells are used, in fact 75% of people react in a timely manner to voice messages. This has resulted in VA Systems becoming more commonplace as the primary means of evacuation in public buildings.

As part of the install at The Atlantic Hotel, staff training was provided on how the new system and devices operated, and what to expect when an alarm sounded.

“The Ekho devices we prescribed have an additional feature of voice messaging, which can be critical during an emergency in a hotel as people tend to respond quickly when they hear a voice command to exit the building. The hotel management were very keen to take up this additional voice functionality built into Ekho, so they now have a fully functioning, voice evacuation system".

Following the completion of the installation and commissioning process, along with the device training, the team from Action Fire Southwest now visit the site on a six-monthly basis for ongoing maintenance as well as to update new staff on the system and devices. Andrew Berry says he would happily recommend Hochiki on future customer projects.

“I have worked with Hochiki since 2011, and have a great relationship with my account manager, I trust Hochiki to consult on the best for every project. The tech support team, on the rare occasion I need them, are second to none. I would happily say 9 times out of 10, Hochiki are my go-to manufacturer. They design and build incredibly reliable and easy to install products which I know my customers can trust, and when it comes to the safety of people and assets, we never compromise on life safety device quality.” 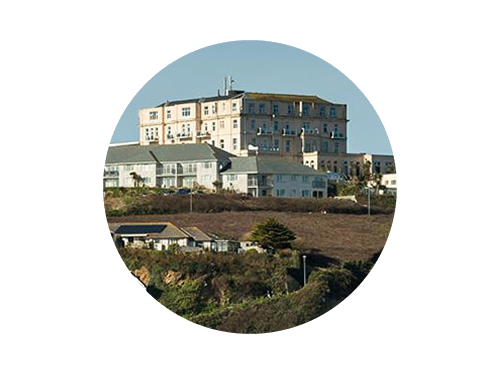