What is Intrinsic Safety?

For an electrical product to be 'Intrinsically Safe' it must be incapable of igniting an explosive atmosphere by either spark or heat. This is achieved by ensuring only low currents and voltages enter the hazardous area, and therefore the whole circuit must be considered, not just the device in isolation.

An 'Intrinsically Safe Circuit' therefore must restrict the electrical and thermal energy such that ignition of a hazardous atmosphere (explosive gas or dust) cannot occur.

Hochiki's Intrinsically Safe and Explosion Proof range of products has been designed and produced to ensure that all the great benefits of Hochiki's high quality fire detection technology can be safely operated within industrial and hazardous environments.

Hochiki's Intrinsically Safe detectors and hazardous area products have been certified by BASEEFA to IECEx and ATEX. 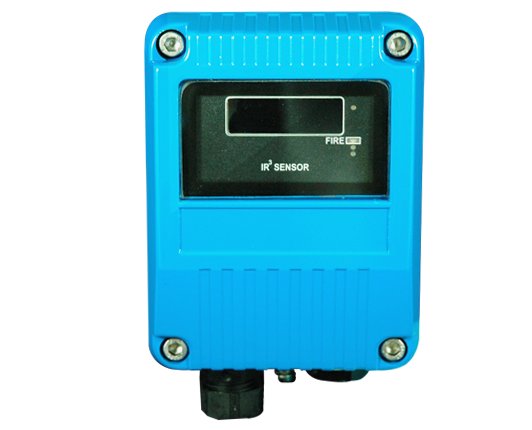 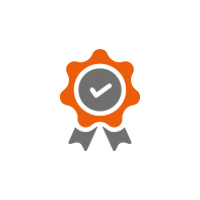 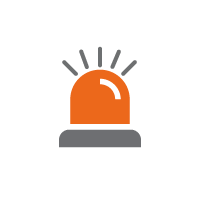 These devices give virtual elimination of false alarms due to the high levels of accuracy and sensitivity. 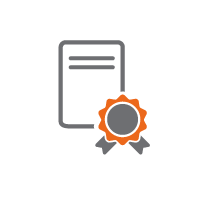 The range is fully approved by LPCB and to MED by DNV and GL. 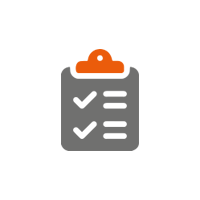 The range is fully compliant and certified by BASEEFA to IECEx and ATEX.

Model SOC-E-IS is a Photoelectric Smoke Detector designed for use in hazardous areas which also incorporates a remote indicator output and a removable chamber for easy maintenance. The unit incorporates Hochiki's unique High Performance Chamber Technology which enables the detector threshold level to be increased, thereby improving the signal to noise ratio and reducing susceptibility to false alarms.

The DCD-1E-IS is an Intrinsically Safe Conventional Rate of Rise Heat Detector with a 60 degree fixed temperature element designed for use in hazardous areas. The unit also features a remote indicator output.

Model YBN-R/4(IS) is a Conventional Detector Mounting Base associated with the CDX Range of Intrinsically Safe Detectors and is fully compatible with the majority of existing conventional fire alarm control panels. It is supplied with square cable clamps for secure and reliable cable termination.

The CCP-E-IS is a conventional manual call point based upon the industry standard KAC world series housing, which can be used in hazardous areas. It can support either a frangible glass element or a non-frangible plastic element for activation and features a rugged design with terminals able to accept 2.5mm2 conductors.

Model IFD-E(Exd) is an Explosion-Proof IR3 flame detector designed for use where open flaming fires may be expected and responds to the light emitted from flames during combustion. Housed in an explosion-proof case, the detector discriminates between flames and other light sources by responding only to particular optical wavelengths and flame flicker frequencies, helping to avoid false alarms.

Our barriers are zone-powered and are used in conventional fire detection systems for protection within hazardous areas. Each Zone contains two stages of pulse-tested Zener or forward- connected diodes and an 'infallible' terminating resistor. In the event of an electrical fault in the safe area, the diodes limit the voltage that can reach the hazardous area and the resistor limits the current.

Model CHQ-DZM(SCI)-IS is Dual Zone Module which is also available as a DIN Rail mountable module; both variants feature an integral short-circuit isolator. Addressing is achieved via simple DIL switches. The device is designed to allow up to 40 (20 per zone) Conventional I.S. CDX Range detectors (SLR-E-IS or DCD-1E-IS) in the hazardous area to be interfaced to Hochiki's ESP analogue addressable system within the safe area.

This Sounder Control Module interfaces between the Hochiki Analogue system via a CHQ-DSC(SCI) or conventional sounder O/Ps and the intrinsically safe sounder/beacon units via an intrinsically safe barrier. The module provides line monitoring for open or short circuits on the wiring connected to both the safe and hazardous areas.

Ideal for many environments

The IS and Explosion Proof system is adaptable to a broad range of environments and applications. From small, to very large areas, the system can be designed to fit almost any particular environment. Such as - 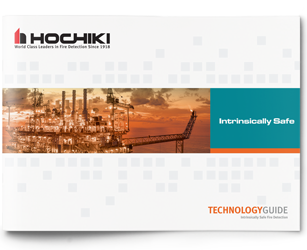